Genre films have long been a staple of cinema from the East and Southeast and will continue to have a place so long as it isn’t the only thing that western audiences come to define it as.

As these films continue to be programmed at festivals, made for mass commercial consumption in their home countries or acquired by niche labels for digital and home distribution, we reflect on some of the boldest genre titles this decade that demonstrated to international audiences what kind of experiences and stories were possible within the confines of genre. 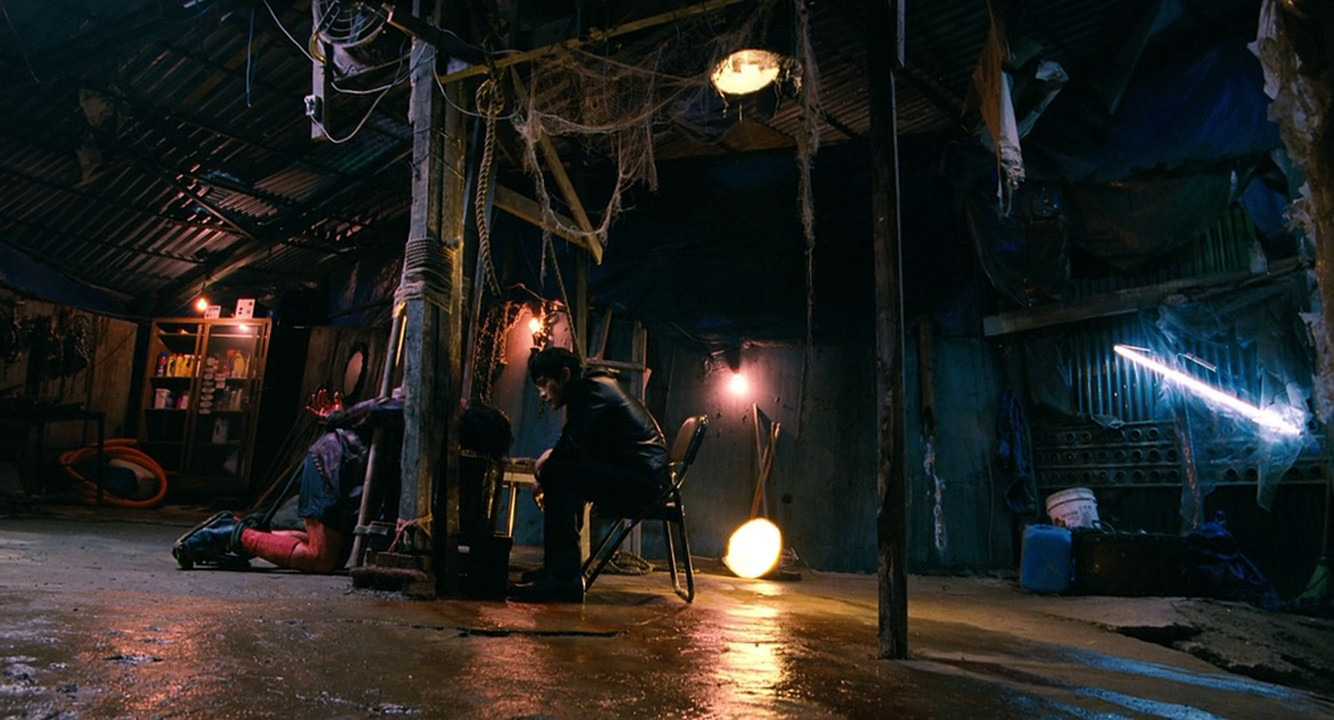 Visceral, thrilling, ultra-violent, heartbreaking. There are many words to describe I Saw The Devil, a film that manages to take its simple revenge premise and turn it into an examination of monsters and the people who fight them. Kim Jee-woon weaves an inverted tale of cat and mouse that, while exciting to watch, makes us question our own investment towards our hero’s journey for justice. It helps that the film is anchored by two absolutely stellar performances from the stoic Lee Byung-hun (A Bittersweet Life) and sadistic Choi Min-sik (Oldboy) as the two violently one-up each other in cruel and unusual ways.

Meanwhile, Jee-woon’s deft direction keeps everything balanced with incredibly intricate set-pieces in a wide array of locales from greenhouses to taxi cabs to a nightmare hostel; all of this weaved with touching moments of tragedy, and a good dose of gallows humour. It all culminates in a bloody and fascinating conclusion that leaves not only the viewer shaken to the core, but its protagonist as well; a cathartic finale that’ll send shockwaves for years to come and make you question, despite all of the thrills, if it was all worth it. It’s a question most revenge films don’t bother asking, let alone answering, yet I Saw The Devil makes sure it’s at the forefront from the first frame to the last, allowing the viewer to answer for themselves. (Amir Muhammad) 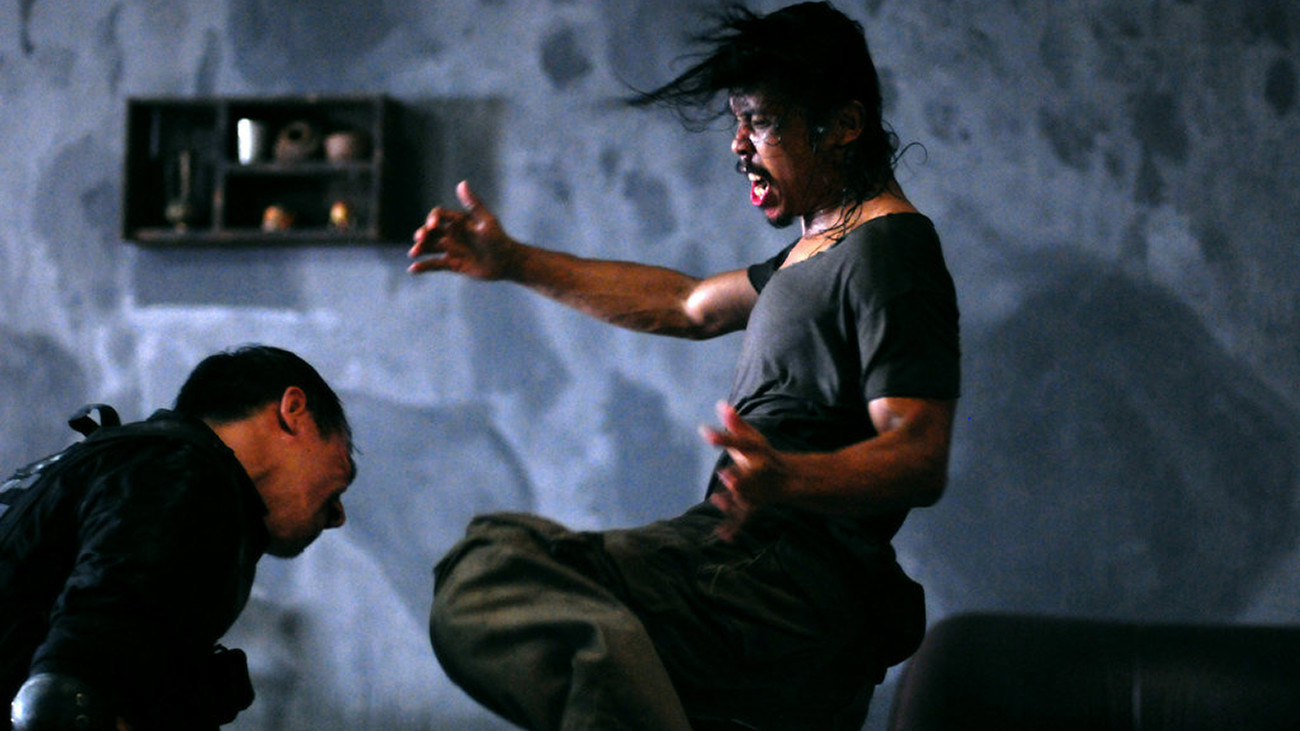 Putting aside the fact that this film was directed by a Welshman, it would be hard to discount The Raid’s importance in bringing further international attention towards Indonesian action cinema (or perhaps even whether it elevated the entire martial arts genre).

For many viewers, myself included, The Raid was their first Indonesian film. A word-of-mouth hit after its premiere at the 2011 Toronto International Film Festival, it is at once a spectacular showcase of Indonesia’s native martial art, ‘pencak silat’, and one of the best experiences I had in a packed cinema this decade. I still remember the cheers and elation that erupted from the fallout of The Raid’s final fight scene. The choice to progress the film from gunplay to melee combat and finally hand-to-hand combat adds surprising amounts of tension to a film where story complexity is the least of its concerns. And of course, The Raid’s action presentation also makes for a very fun viewing experience. Again, this is a film that’s best viewed in good company.

The film also made stars of Iko Uwais, Yayan Ruhian and Joe Taslim who have since appeared in Hollywood film series’ like Star Wars, Fast & Furious and John Wick. (Hieu Chau) 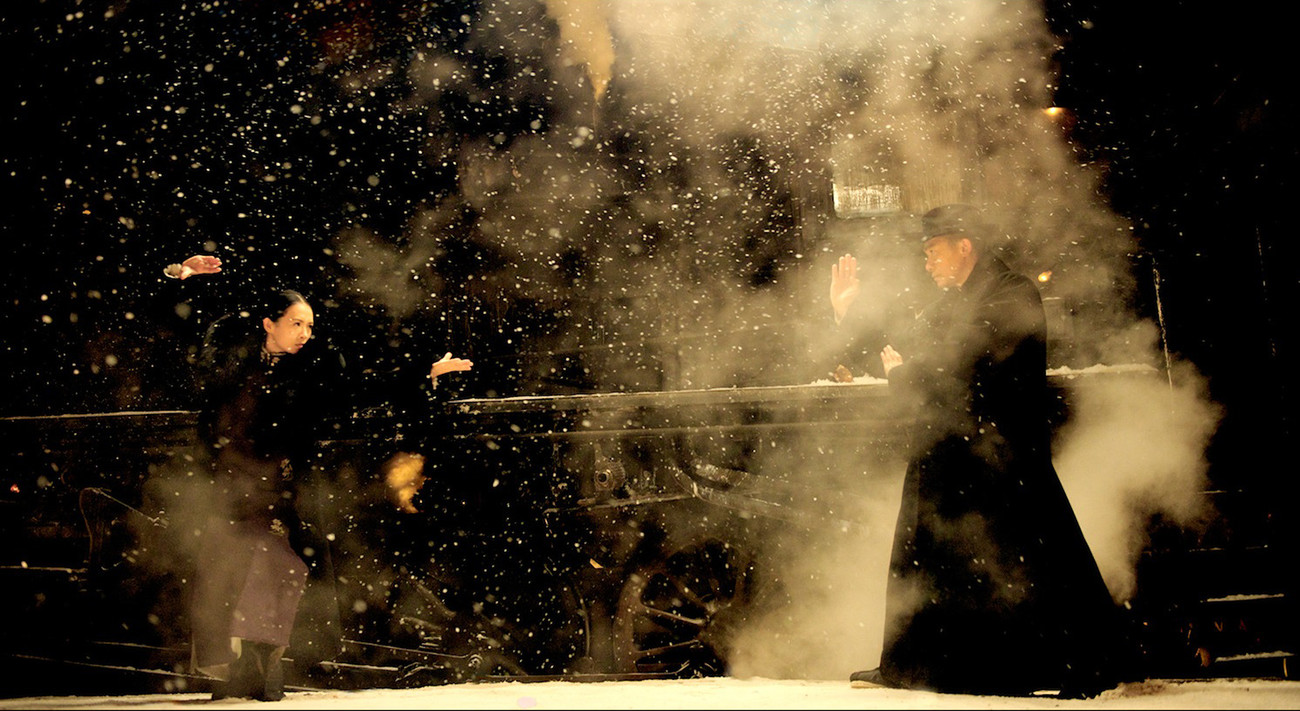 The Grandmaster has its place among this list as Wong Kar-wai put together a multi-layered portrait of ‘wing chun’ grandmaster Ip Man. As a film lover and martial arts enthusiast, I find this work extremely satisfying as it explores parts of kung-fu’s history, but it also questions the forces that work around and influence the characters choices. Iconic fight sequences come to life thanks to gorgeous and controlled choreography, camera angles and slow motion.

There are strong emotions like loyalty, love and longing coming from the main characters Ip Man and Gong Er, respectively portrayed by the ever so talented Tony Leung and Zhang Ziyi. Zhang Ziyi truly shines as Gong Er through her complexity, making sure she honours her legacy despite being a woman in a very masculine discipline, and shows her vulnerability in her last scenes.

And, just as you would expect from a Wong Kar-wai movie, the photography and music are carefully thought out, enhancing tension or the regrets coming from the characters whether it is Vincenzo Bellini’s opera Casta Diva initiating a new encounter, or the use of smoke, shadows and light making their ways around the characters. (Claire Langlais) 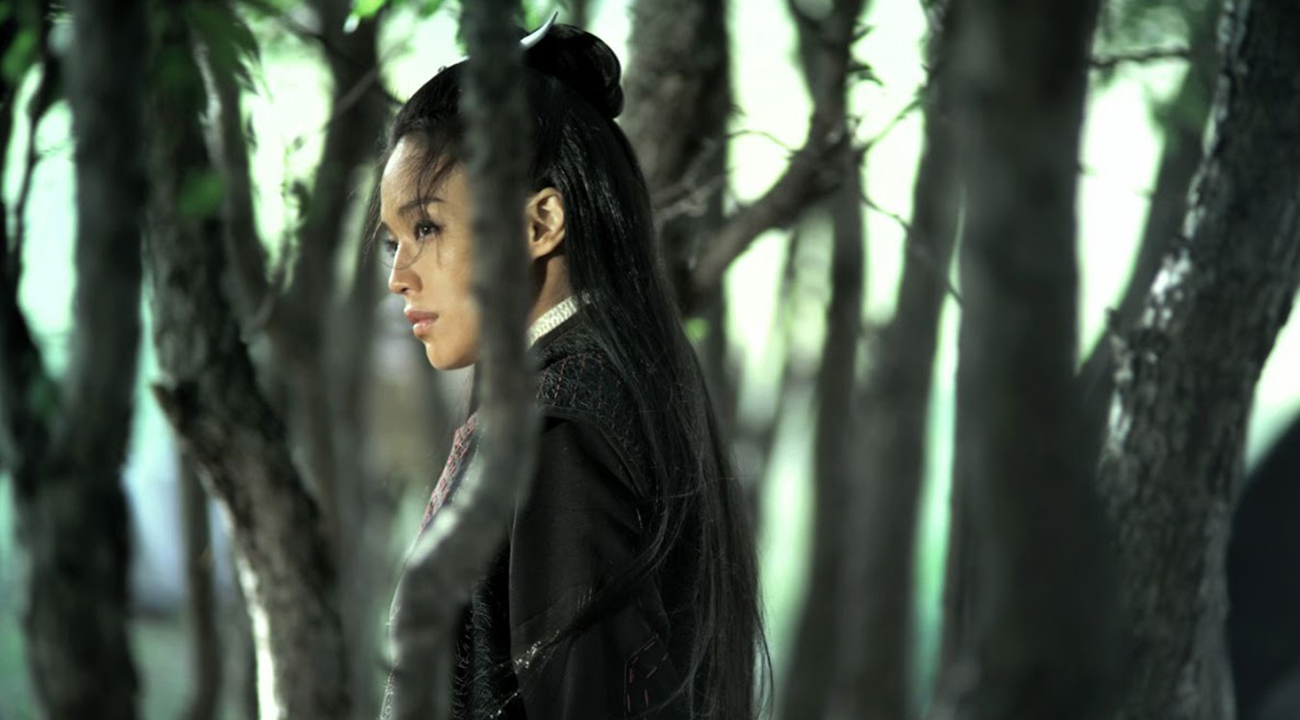 The images Hou Hsiao-hsien create are so rare and unearthly that it should be considered a true privilege to be able to see any of his films on the big screen. The Assassin is his ‘wuxia’ film, a genre that lives deep in the blood of any Chinese person. Tsui Hark and Zhang Yimou make what could be considered the most recognisable and accessible type of ‘wuxia’ films—it should not be a surprise that Hou Hsiao-hsien’s take would be anything but.

Fixating on an obscure Tang-era story, director Hou’s story follows a lost princess who is spirited away and raised by nuns to assassinate corrupt officials. Her resolve is tested when she realises she has to kill those that she deem innocent, but are considered necessary collateral to her master’s plans for an upright world. As typical of director Hou’s films, he obscures more than reveals. What he does choose to show focuses on the sanctity of human life, the grief, loss and trauma of his female characters, and the inner world and choices of his female lead.

Moving between black and white and colour, changing aspect ratios, and a slow, meditative pace, The Assassin can seem frustrating and pretentious. But for the patient viewer, what you have is a quiet deconstruction of the ‘wuxia’ genre. Upending all its usual conventions and focusing on the humanity of its players, it stands as one of the most powerful distillations of the core values of these legendary characters and the most astonishingly beautiful film to grace cinema screens this decade. (Natalie Ng) 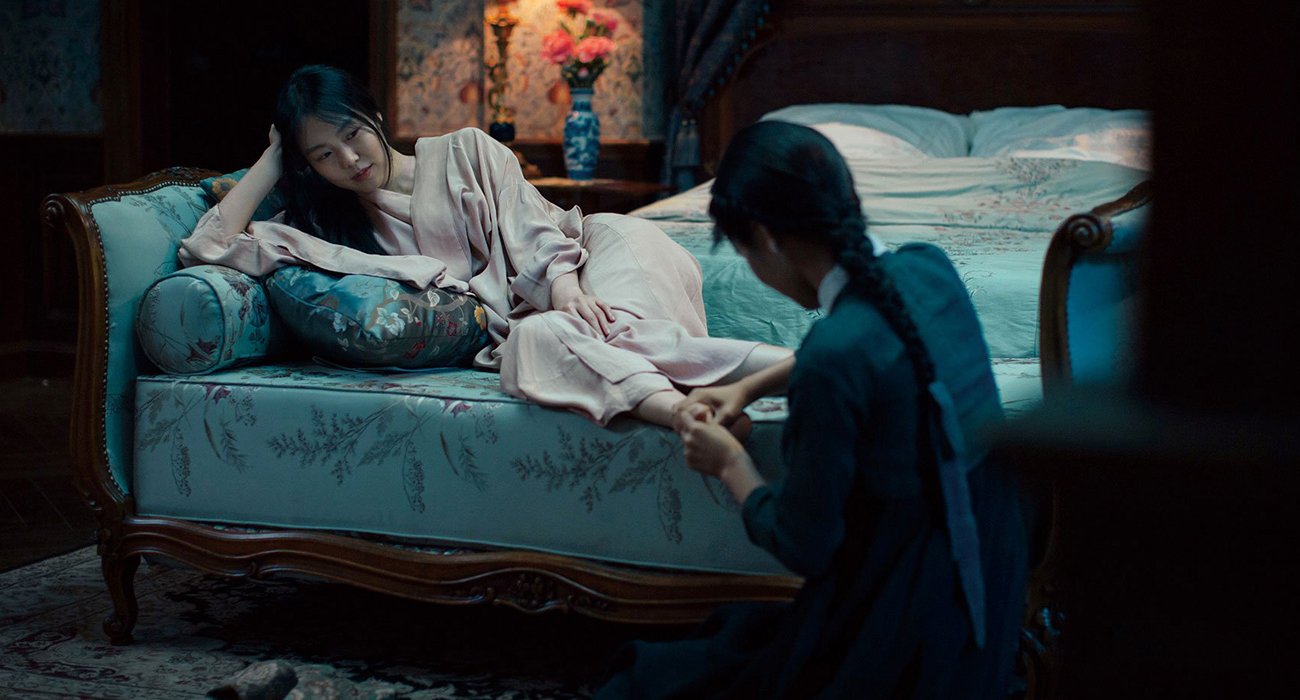 As I joked on Twitter, Park Chan-wook’s The Handmaiden seems like a film made specifically for me, mixing Park’s signature visual decadence and twisted dark humour with a passionate lesbian romance. On a wider contextual scale, The Handmaiden’s critical and box office success also marks a significant milestone for critics like myself who yearn for more prominent representation of LGBT+ stories in mainstream Korean cinema.

We can also thank Park’s latest film for introducing international audiences to Kim Tae-ri and Kim Min-hee, with the double-crossing narrative and layered romance between Sook-hee and Hideko giving the actresses plenty of opportunity to showcase their versatility. The Handmaiden marked journalism student Kim Tae-ri’s first time on the big screen, where she displays a charismatic and impressive sense of control over the challenging tone switches Park’s script demands. Meanwhile, Kim Min-hee is magnetic as the seemingly naive and cool-headed (yet secretly headstrong and manipulative) Hideko.

Park and his cast are not the only exciting talent behind the film. Park mainstays Jo Yeong-wook and Chung Chung-hoon also lend their excellence in scoring and cinematography respectively, the strength of their long-term working relationship resulting in a piece of cinema so atmospherically lavish terms like ‘stylish’ feel like a disservice.

Unfortunately for Korean cinema fans, The Handmaiden looks to be Park Chan-wook’s last domestic-made feature for the near future. Thankfully, it ranks amongst the auteur’s best. (Brooke Heinz) 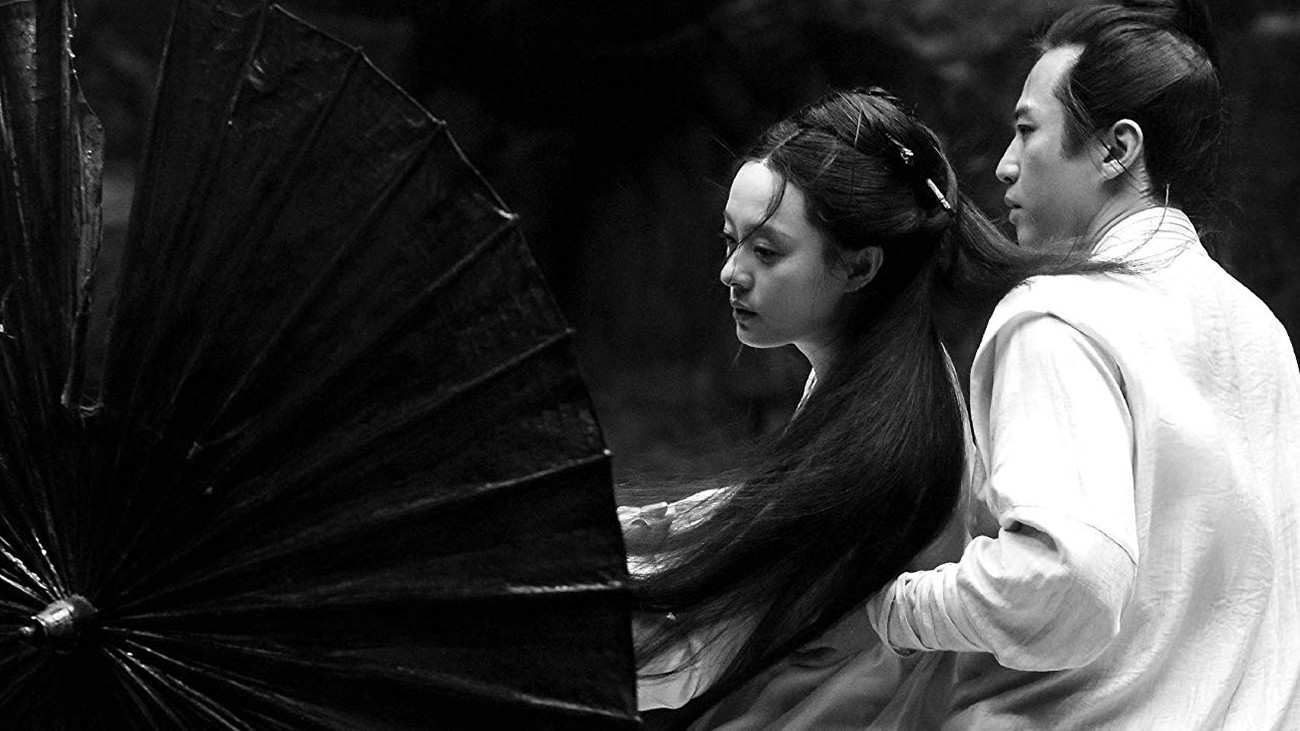 After lacklustre to downright disastrous forays into English language co-productions, Shadow (2018) is Zhang Yimou’s triumphant return to form since the ostentatious Curse of the Golden Flower (2006), and a reminder that you can find your way back after all.

Having mastered the entire colour palette with masterpieces such as Raise the Red Lantern (1991), Hero (2002) and House of Flying Daggers (2004), Shadow sees Zhang Yimou go back to basics with a muted black and white palette. The look of the film emulates inky Chinese calligraphy and paintings as characters flit between translucent screens, scheme in shadowy chambers and glide elegantly through air above yin-yang floors, all dressed in hanfu that look to be dipped in Rorschach-like ink blots. The technical achievement in Shadow is absolutely staggering, showing an already masterful filmmaker operating on a whole other level.

And yet, technical mastery aside, the story weaves together an engrossing tale of deception and court intrigue: an ordinary man of low birth becomes the decoy for a prominent commander, while the real man hides away in a hidden chamber, plotting to overthrow the current yellow-bellied monarch. In an almost unrecognisable turn in dual performances, the film sees the normally comedic Deng Chao deliver the performance of his career alongside his real-life wife, Sun Li, a hugely popular actress in China herself. As far as historical epics go, Shadow sets an unbeatable standard. (Natalie Ng)