Although the year has only just begun, already there is plenty to get excited over in 2019 if you’re a fan of Asian cinema. This year will see the return of several filmmakers who’ve taken lengthy absences in between film projects, Bong Joon-ho’s return to full Korean-language filmmaking as well as some bold and exciting new work from emerging filmmakers looking to showcase their talent to the world.

With so many new Asian films to look out for, we’ve selected the ones we think people should keep an eye on in 2019. This list will have a bit of something for everyone from horror buffs all the way to fans of anime.

So with that said, here are some of the films we’re most excited for that may be coming to a screen or a festival near you in 2019! 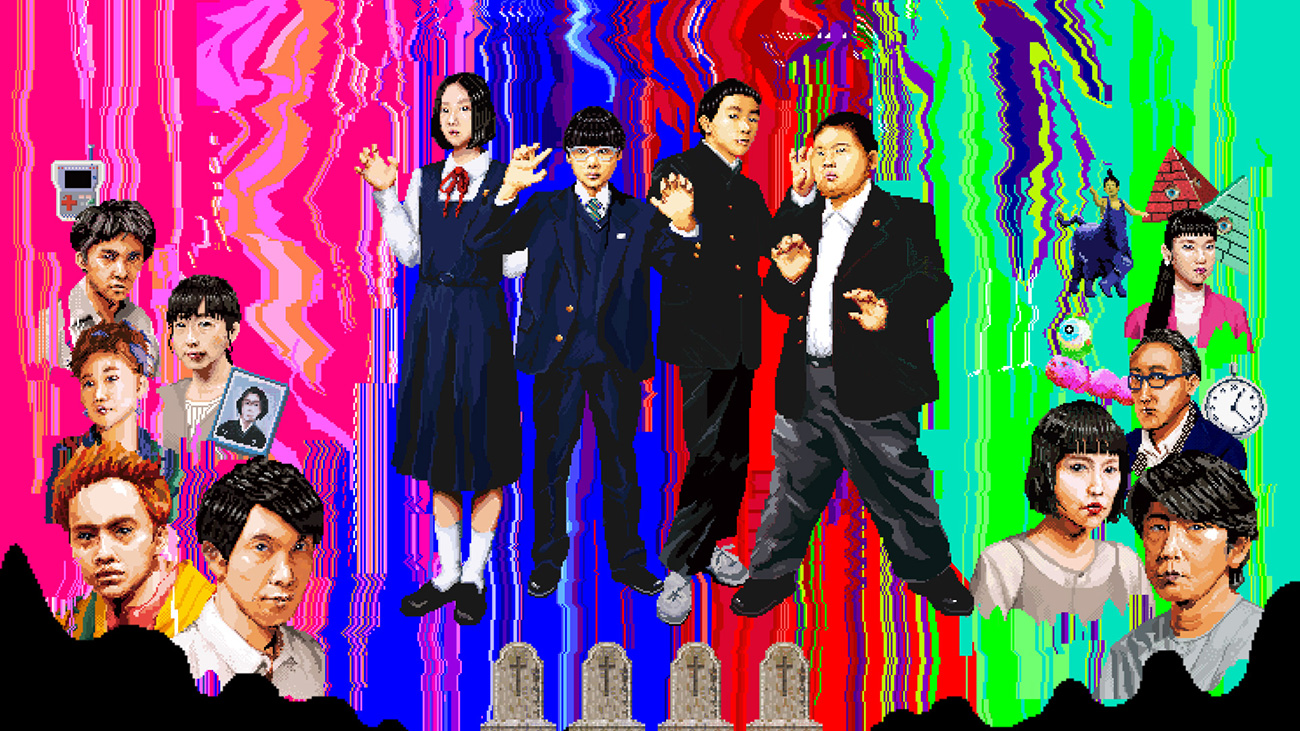 When we last caught up with filmmaker Makoto Nagahisa in 2017 to talk about his exceptional short film And So We Put Goldfish in the Pool (which is available to view for free on YouTube by the way!), Nagahisa let us know that he was “working on an even more energetic feature film”. And he may have been right as the teaser trailer for his new film looks like it will certainly deliver on that statement!

We Are Little Zombies is Nagahisa’s debut feature-length film and he will be competing at Sundance once again this year, this time in the World Cinema Dramatic Competition. The film focuses on a group of children whose parents have all passed away yet instead of grieving, the kids form a kick-ass band to search for their emotions (one of the kids is Keita Ninomiya who people may remember as one of the sons in Koreeda’s Like Father, Like Son). Although the children are the stars of the film, worldwide audiences may recognise some of the supporting adult actors in this film which include Rinko Kikuchi (Pacific Rim, Babel), Sousuke Ikematsu (The Last Samurai, Killing) and Youki Kudoh (Mystery Train). 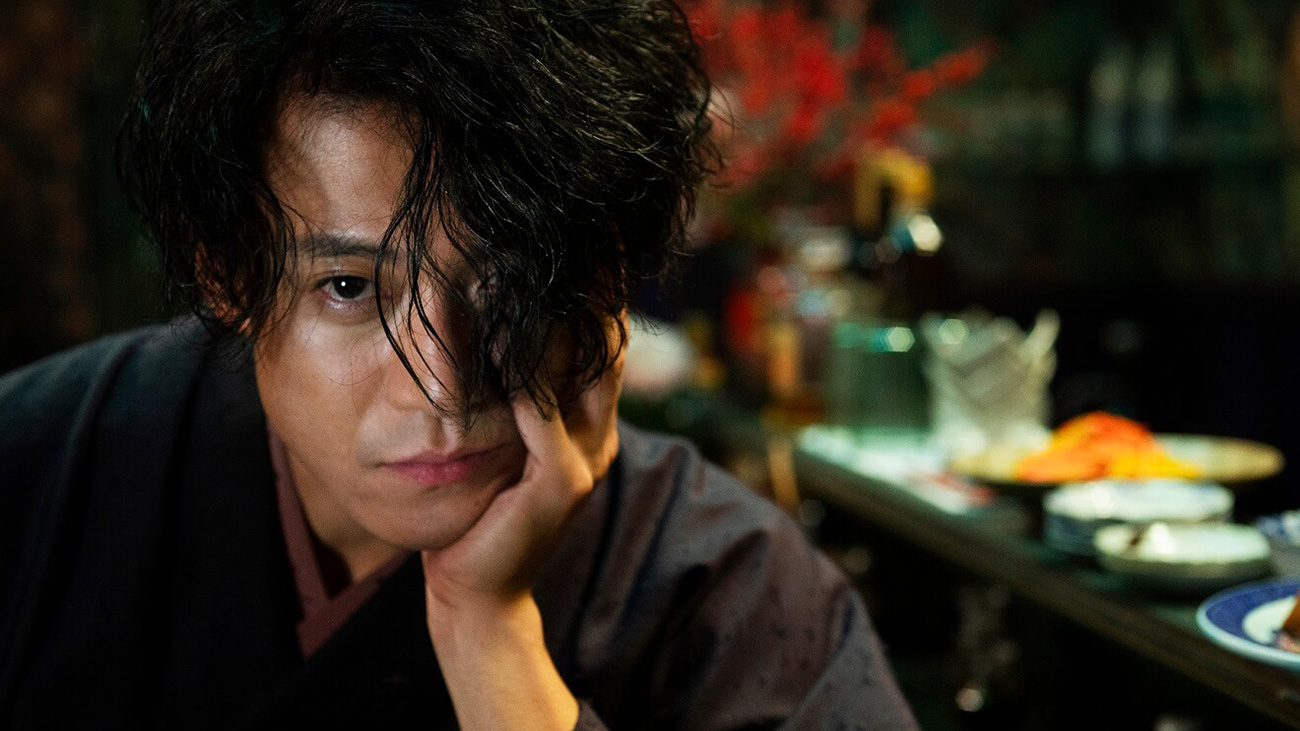 Mika Ninagawa is one Japan’s premier fashion photographers whose unique eye for colour and design has also made her one of the country’s most visually flamboyant filmmakers, as evidenced in her films Sakuran and Helter Skelter. This perhaps makes Ninagawa’s decision to take on No Longer Human, a new adaptation of Osamu Dazai’s acclaimed novel, all the more curious.

Though the novel’s themes may appear similar to those explored in Ninagawa’s previous two films, past screen adaptations of Dazai’s popular work have been fairly tame or straightforward so it will be interesting to see just what Ninagawa will add to make her film stand out. Will it possess the same style and flair that audiences have come to expect from Ninagawa’s films? One thing’s for sure; leading the film will be Shun Oguri, best known for films like Crows Zero and Gintama. 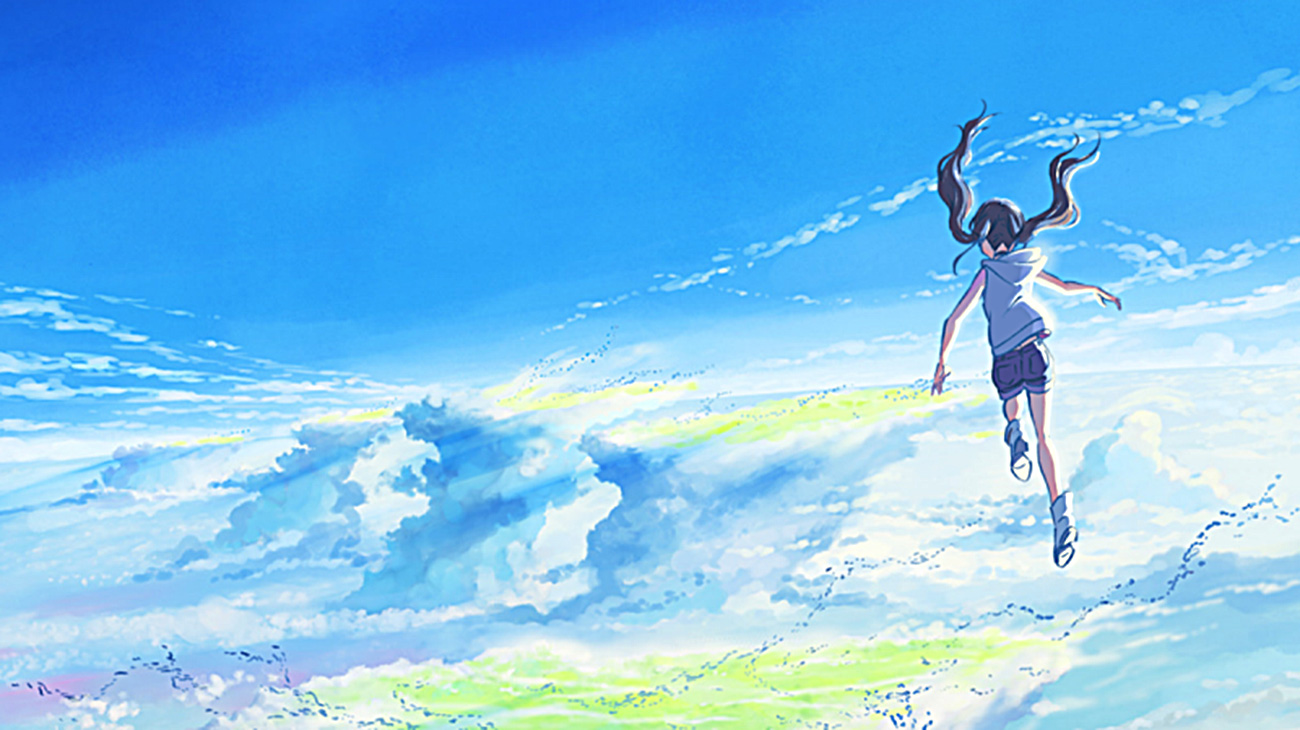 Although he had already established a name for himself in anime, Makoto Shinkai broke out internationally in a big way with his massive 2016 hit Your Name. The romantic sci-fi anime was a soaring success and became the highest grossing anime film in Japanese film history, beating out Hayao Miyazaki’s hugely popular Spirited Away.

Needless to say, Shinkai has a lot of expectations riding on him for his new project. Weathering with You will arrive in Japanese cinemas in July and like his previous films, it will also weave elements of science fiction and romance. From what we know so far, Weathering with You will tell the story of a boy who leaves his home for Tokyo where he encounters a girl with the ability to manipulate the weather and make the skies blue.

Given the filmmaker’s penchant for animating rain and gorgeous skies, expect this to be a marvel of animated beauty. 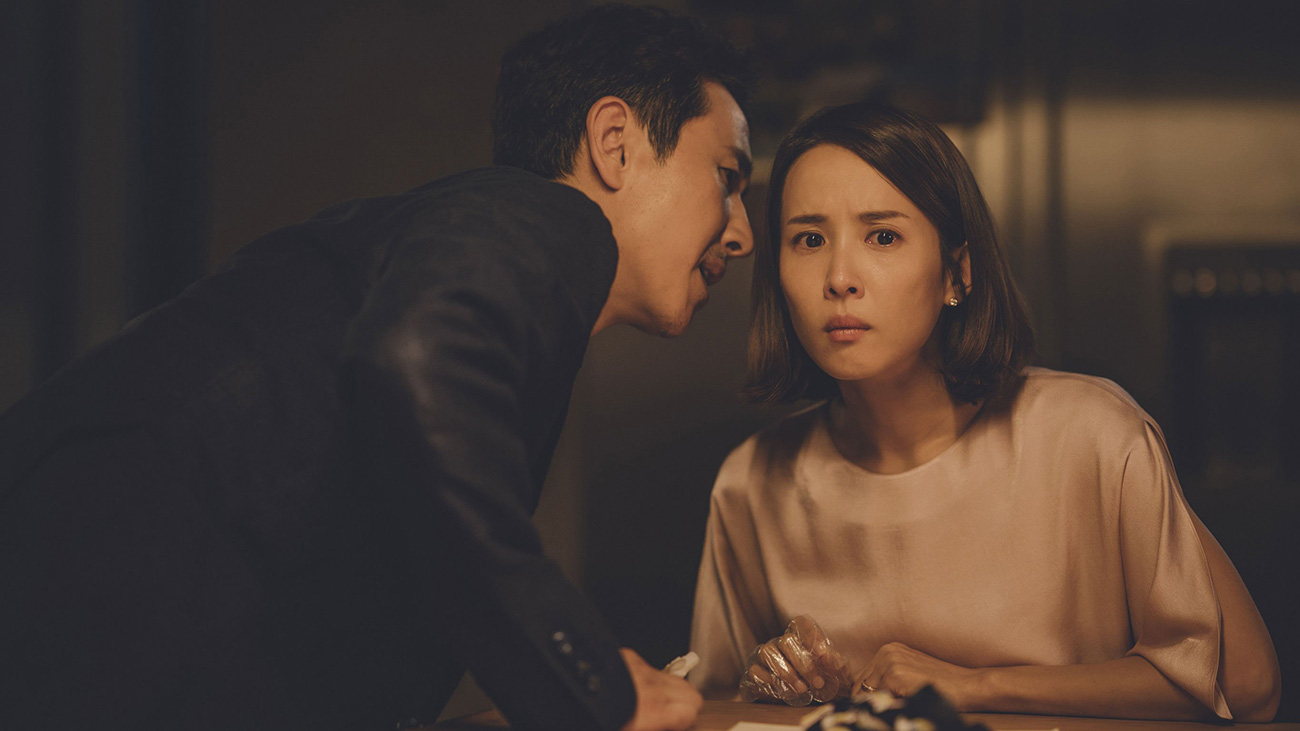 It’s crazy to think that Mother is 10 years old this year and even crazier to remember that Bong Joon-ho hasn’t made a full Korean language feature since Mother either! While the filmmaker has kept plenty busy working with A-List Hollywood stars and creating controversy with Netflix, his new film Parasite will certainly be a welcome return to Korean-language filmmaking.

Parasite will reunite him with actor Song Kang-ho (Snowpiercer, Memories of Murder) and is currently being touted as a ‘family drama’. If this sounds off-brand to you, remember that this is Bong Joon-ho, so who knows what the film might end up really being — just look at The Host which is equal parts family drama and monster movie! That being said, director Bong has reassured to the public that, despite the film’s title, Parasite will not involve aliens or actual parasitic organisms. 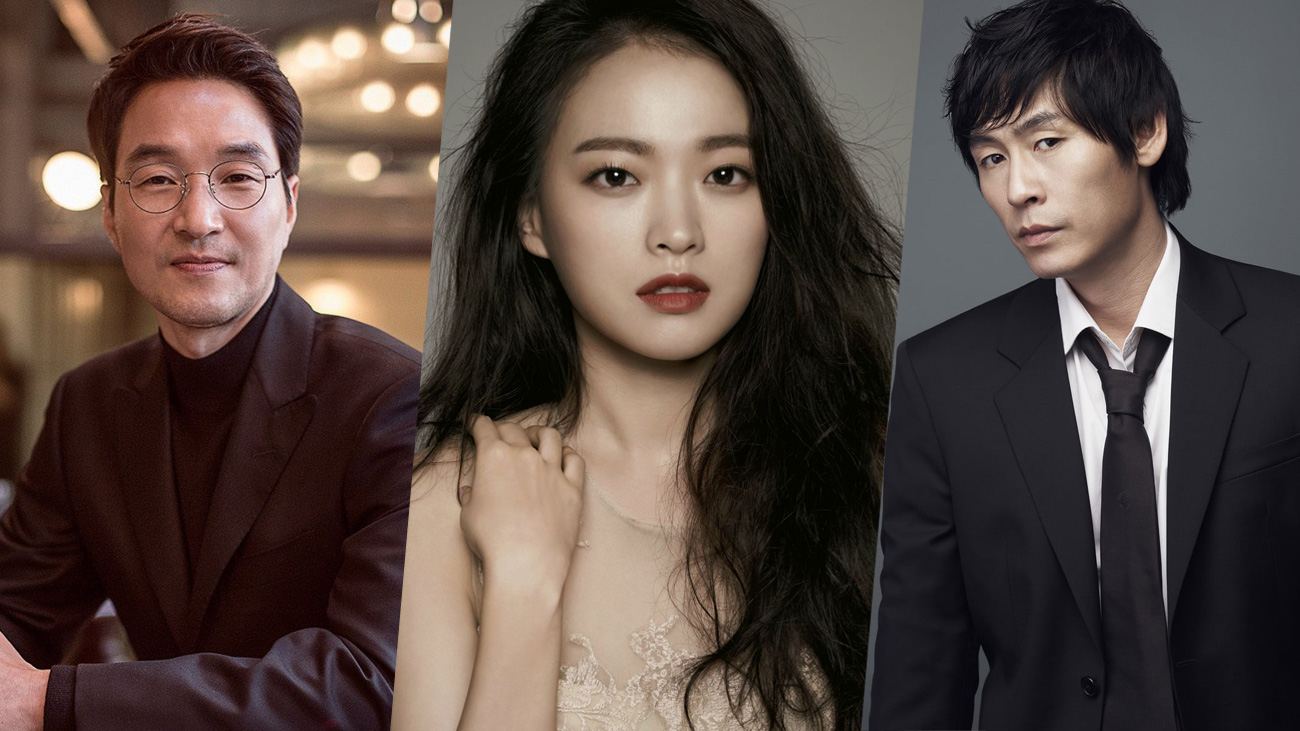 Since winning major awards for her breakout performance in the acclaimed 2014 indie drama, Han Gong-ju, actress Chun Woo-hee has risen to stardom and featured in many films including Cart, The Beauty Inside and The Wailing. But Han Gong-ju‘s director, Lee Su-jin, has kept curiously quiet since debuting his award-winning film which captivated audiences around the world and also had Martin Scorsese singing the director’s praises!

That’s about to change in 2019 as Lee has planned to return with his follow up film, Idol (also known as Idolism in some parts). Lee will once again reunite with Chun and has also acquired some major acting talent in Sol Kyung-gu and Han Suk-kyu, two names that are usually synonymous with Lee Chang-dong.

Both Han and Sol will play fathers with the latter’s character grieving the loss of his son. Chun will play a woman who was present on the day of the accident. It’s not much to go on but perhaps less is more, as evidenced by Lee’s debut film. 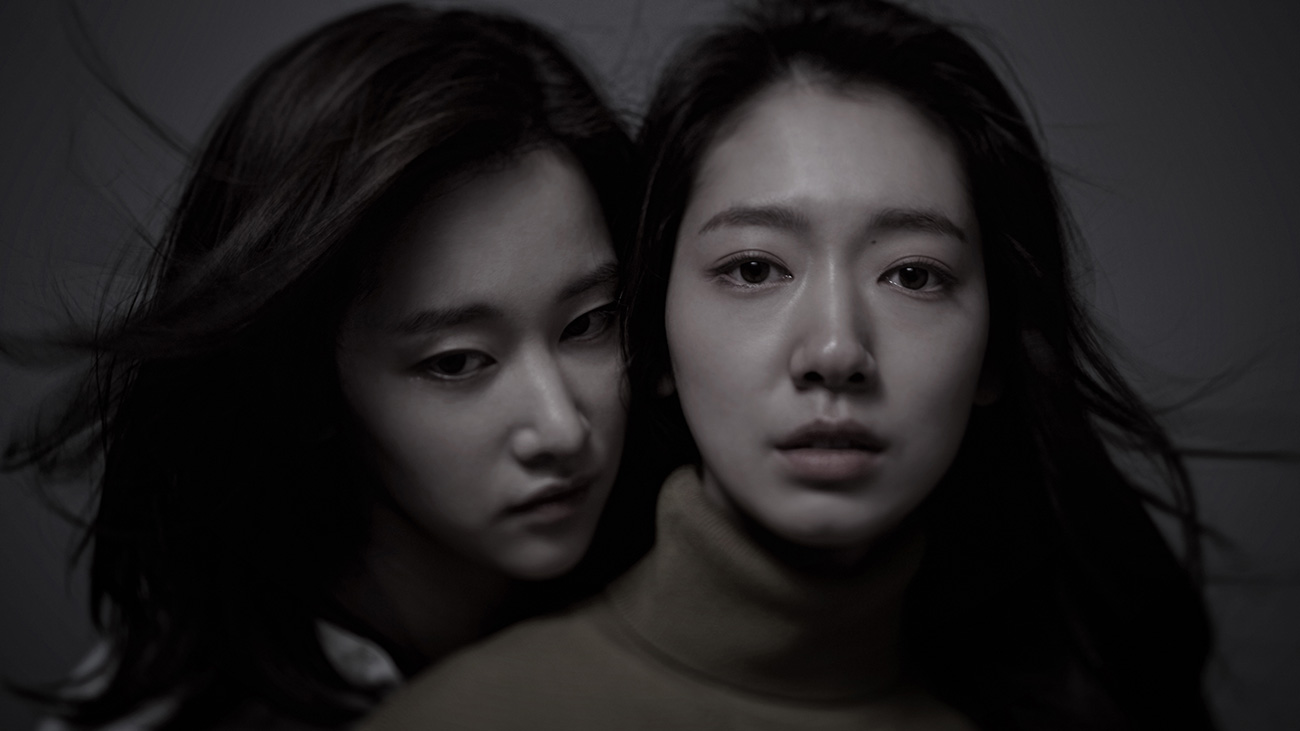 If you want to support the acting career of Burning‘s breakout star Jeon Jong-seo, put Call immediately on your watch list for 2019. Co-leading the film with K-drama mainstay Park Shin-hye, Jeon’s next film venture puts the young actress in what looks like a film that borders closely between thriller and horror (that’s if you base these assumptions solely on the character posters unveiled thus far). 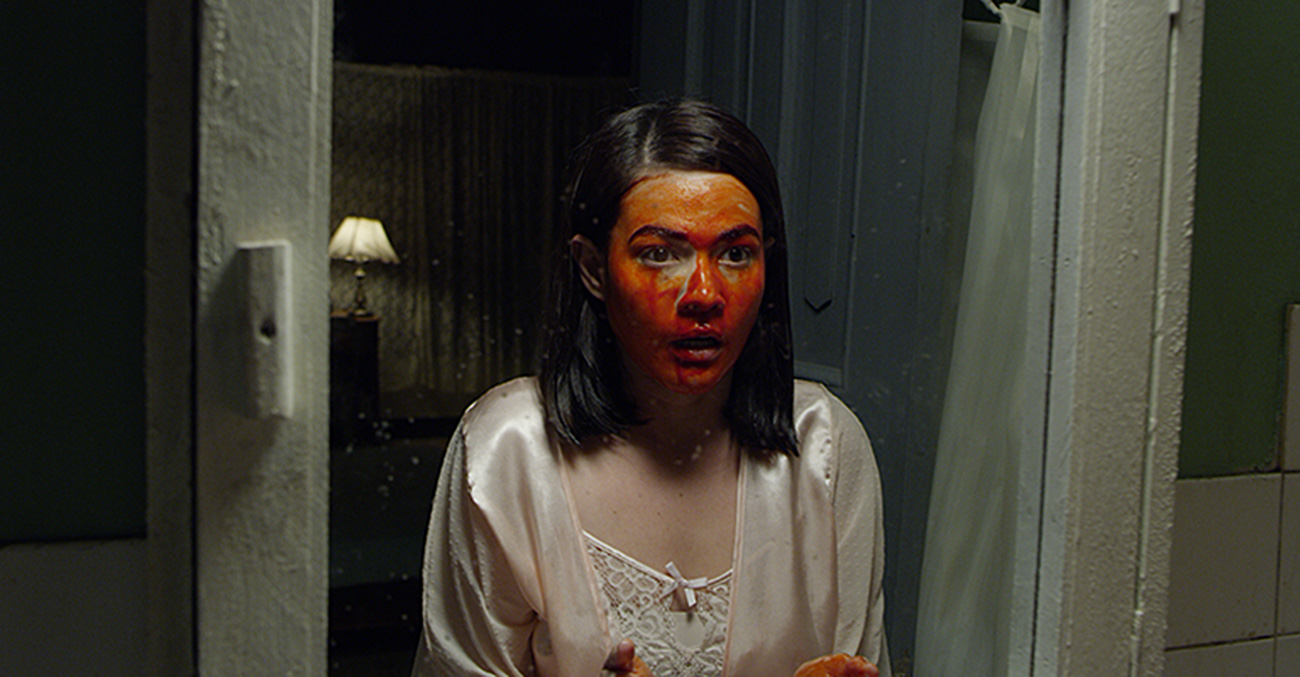 Continuing the Gothic convent school horror trend that we’ve seen in contemporary Asian films like Japan’s Fatal Frame and South Korea’s The Silenced is Eerie, a new Filipino take on the popular sub-genre. Twenty-seven year old wunderkind Mikhail Red, best known for his tense award-winner Birdshot (which you can see on Netflix!), has directed the film and co-written it alongside screenwriters Mariah Reodica and Rae Red.

Eerie‘s fascinating premise is certainly full of promise and intrigue. Set in 1995 Philippines, Eerie follows a clairvoyant guidance counsellor, Pat, who consoles students of the living and the dead at St Lucia’s Convent. But following the suicide of one of the school’s students, Pat begins to uncover the dark history surrounding her school. The film had its world premiere at Singapore International Film Festival 2018 and will soon release locally in the Philippines. Here’s hoping it gets around to the rest of the world too. 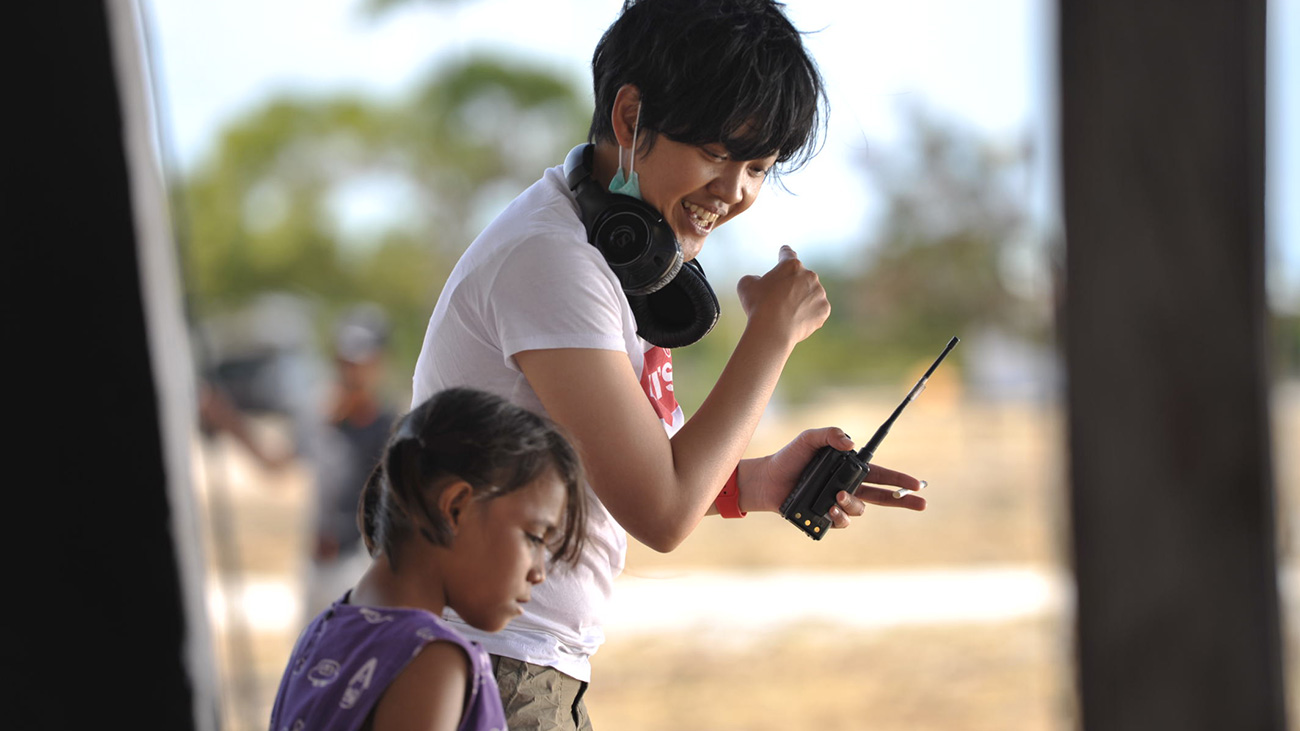 Mouly Surya at work directing in ‘Marlina the Murderer in Four Acts’.

A Road With No End (Indonesia, dir. Mouly Surya)

After being invited to screen her feminist Western Marlina the Murderer in Four Acts at Cannes in 2017, Mouly Surya’s international profile and attention was further magnified as audiences and critics praised Surya’s imaginative spin on the Western and celebrated her film for its original take on the genre (you can stream Marlina the Murderer in Four Acts on Stan, here in Australia).

So what’s next for Surya? Like Ninagawa, she has looked to the literary world for inspiration and will be adapting the novel A Road With No End, written by Indonesian author and former journalist Mochtar Lubis. The novel is set during the Indonesian revolution during the final years of Dutch colonisation and tells the story of two men who undergo different transformations after being imprisoned and tortured by Dutch security. We’ll be keeping an eye on this one for further developments. 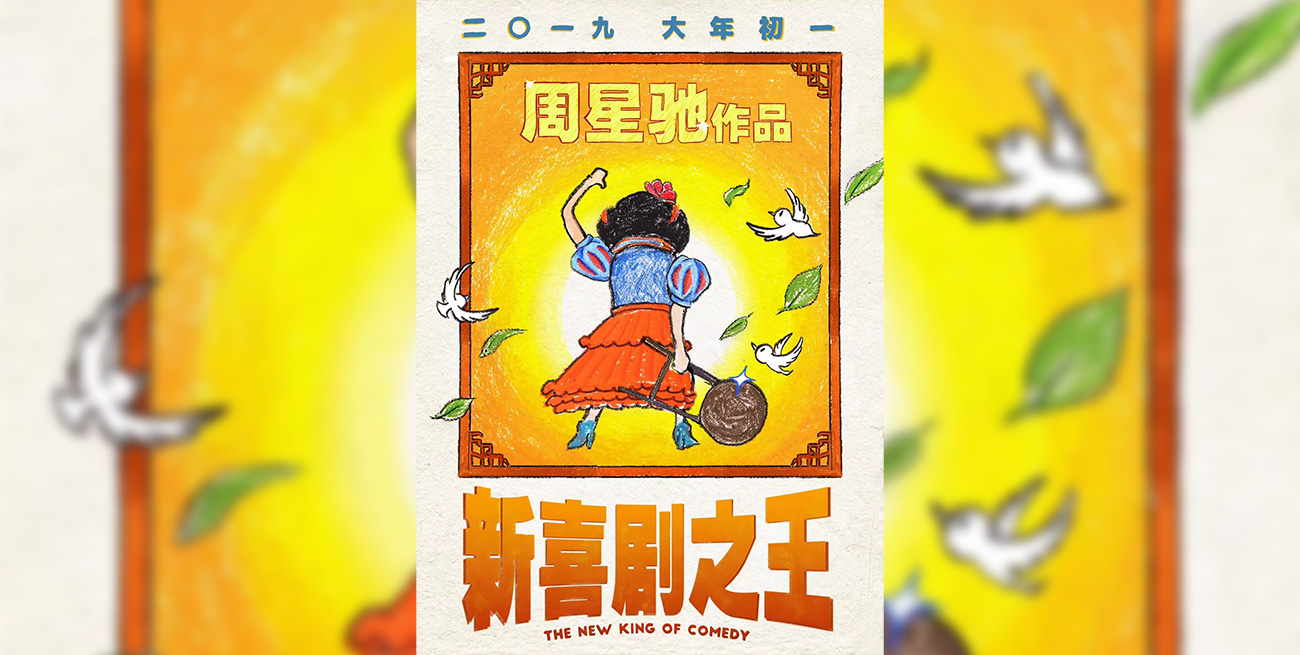 A new Stephen Chow film is always cause for excitement, especially when its local release in China is right around the corner! After the mammoth success of The Mermaid, Chow’s latest project, The New King of Comedy, is a sequel in spirit to his 1999 Hong Kong original, The King of Comedy. Like that film, this updated version will once again tell the story of a struggling actor in the movie business. Chow has stated that the film will endear itself to audiences who want to root for a relatable, every-man character.

Fans of the original film will be delighted to also know that Cecilia Cheung will make a cameo appearance in the film (although as a voiced character). The film is set for a February 5 release in China, just in time for the Chinese New Year!